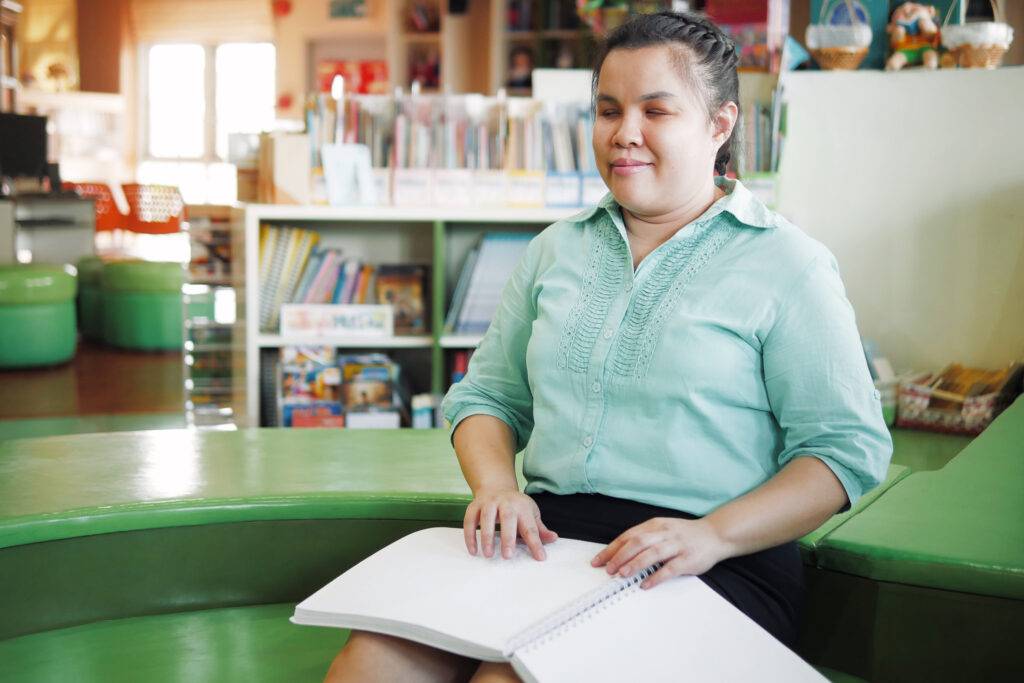 In partnership with CTBL, the Library Research Service (LRS) has developed and administered a bi-annual patron survey since the fall of 2004. This year’s survey presented distinct challenges as it was administered during the COVID-19 pandemic. CTBL’s building closed to walk-in service on March 20, 2020, but the library continued to operate and provide services for CTBL patrons despite the extraordinary circumstances.This year’s survey asked questions about the devices patrons use, how they decide what to read next, how they value CTBL, and more. 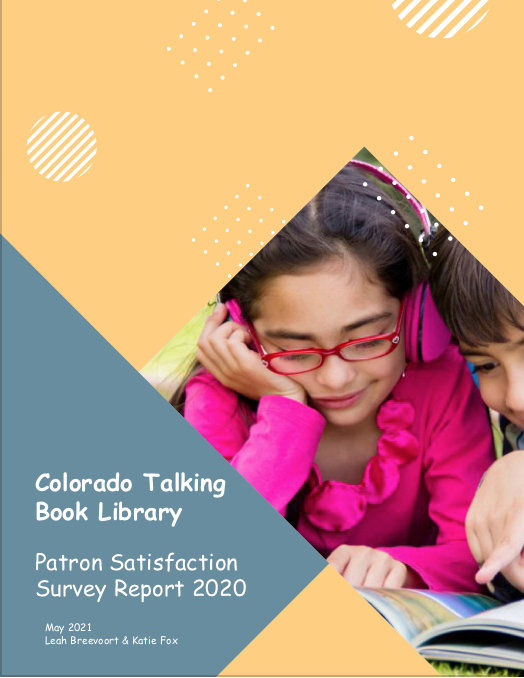 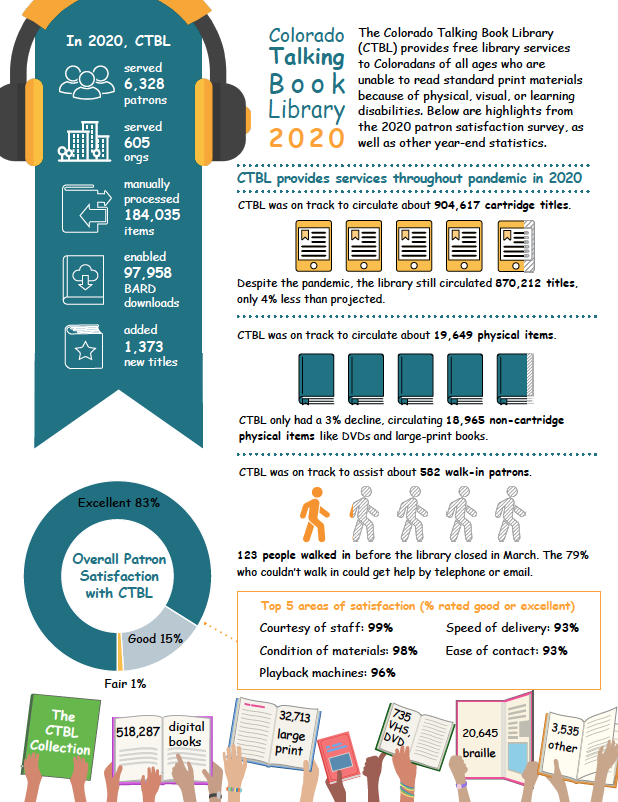 Consistent with past years, nearly all of the 2014 CTBL Patron Satisfaction Survey respondents rate their satisfaction as “Excellent” or “Good” The results are in for the 2014 Colorado Talking Book Library (CTBL) Survey, which seeks to evaluate the effectiveness of the library and overall satisfaction with its services. CTBL provides free library services, including recorded books, Braille materials, large print books, and descriptive videos, to Coloradans of all ages who are unable to read standard print because of physical, visual, or learning disabilities. Highlights from the survey are detailed in our Closer Look report.

Out of 6,400 active individual patrons, CTBL distributed the survey to an age-stratified sample of 1,733 patrons, and received 454 responses. The majority of respondents (60%) are over the age of 60, and more than a third (36%) have at least a bachelor’s degree or higher.

The survey reveals that the most common method of communication with CTBL is the phone, with three-fourths of respondents (74%) communicating this way, and a third (32%) of respondents communicating with the library approximately every 6 months. This lack of regular and face-to-face communication suggests not that patrons are dissatisfied with CTBL, but rather that they are pleased with the library’s current services. In fact, almost all (98%) of the survey respondents indicate their satisfaction with CTBL as “excellent” or “good,” and the service components rated most highly by respondents (all rated above 90% “excellent” and “good” combined) are the courtesy of library staff, the completeness and condition of books received by patrons, the ease of contacting CTBL, the quality of the playback machine provided by CTBL, and the speed with which books are delivered to patrons.

The results obtained from this survey were consistent with the results gathered from past surveys conducted every 18 months since 2004.

U.S. Public Libraries and the Use of Web Technologies, 2012 Our new report, U.S. Public Libraries and the Use of Web Technologies, 2012, presents the findings of the third iteration of our biennial study, launched in 2008, that documents the use of various web technologies (social networking, virtual reference,  blogs, etc.) on the websites of nearly 600 public libraries throughout the nation. Our results showed that U.S. public libraries made big gains in the following areas from 2010 to 2012:

Check out the following resources to learn more: