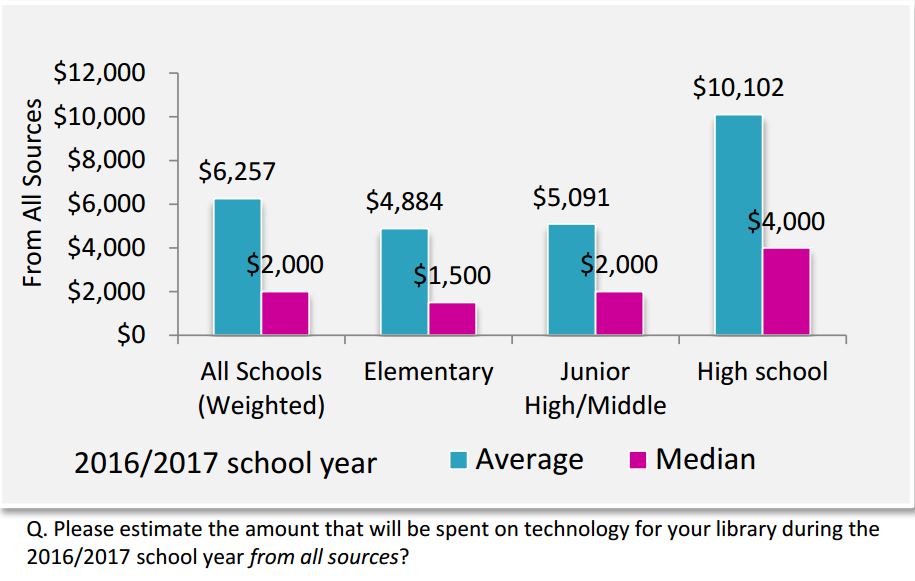 The School Library Journal recently published the results of their 2017 Technology Survey and found that school librarians are experiencing increased spending on digital tools for their libraries, allowing school librarians to become technology leaders within their school districts.

The survey found that the average amount spent on technology per school has increased by 75% in the past two years, from an average of $3,633 during the 2014/2015 school year to $6,257 in 2016/2017. School librarians are primarily responsible for tech usage in the library itself, but about half (45%) of the school librarians responding to the survey noted that they also collaborate with teachers to present tech-integrated lessons. More than a quarter (27%) of respondents have created even deeper partnerships with teachers to co-teach technology-rich lessons. Four in ten (41%) school librarians reported leading professional development activities using technologies in the library.

For more information about how school librarians are incorporating technology into their libraries, you can find the full report here.