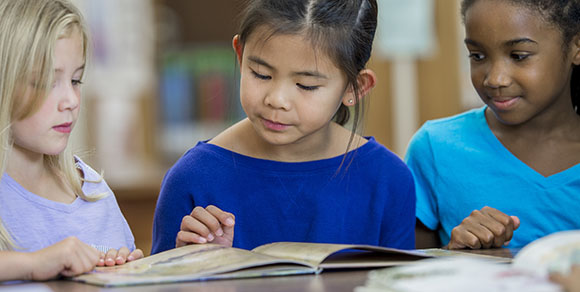 Summer learning loss is a major issue that schools, libraries, and other community organizations try to alleviate through programming. Many children lose math and reading skills over the summer, and these losses are particularly steep for low-income children (click here for more info). What are the best ways to prevent summer learning loss and how can libraries incorporate best practices into their summer programming?

The Wallace Foundation released a report in September 2016 sharing results of a multi-year evaluation on five free and voluntary summer learning programs offered by school districts. All of the programs had at least three hours of instruction per day, and lasted at least five weeks. Free transportation and meals were also provided. All of the study subjects were in the third grade as of spring 2013.

The evaluation found several promising correlations to positive outcomes for students who attended at least 20 days of the program. For students who attended programming two summers in a row (2013 & 2014), they had significant increases in math and language arts achievement that were still present on their standardized test scores the following spring (2015). Students who attended for two summers also showed some increases in their social-emotional competencies, like self-regulation and self-motivation. The amount of academic time on task students had in their summer program correlated with better outcomes. This study defined high time on task as 34 hours of language arts instruction and 25 hours of mathematics instruction over the course of a five week or longer program. The report makes several recommendations: 1) offer at least five weeks of programming 2) offer at least three hours of academics per day 3) encourage attendance at multiple summers in a row and 4) encourage high attendance throughout the program.

It is important to note that these findings are correlations and not causal because they were not found using a randomized control group, so selection bias could be affecting the results.  The Wallace Foundation is continuing to test for causal relationships as well.  For a complete copy of the current evaluation, please click here.