Fourth-graders in the U.S. rank 15th in literacy in an international reading literacy study 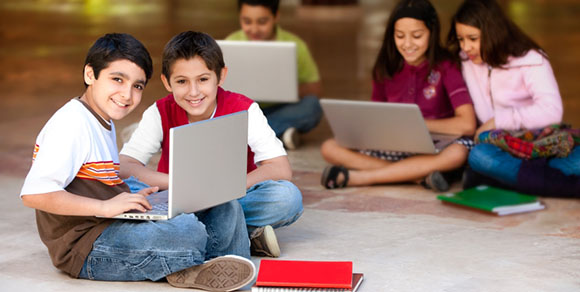 The National Center for Education Statistics recently released a first look at the results of the 2016 Progress in International Reading Literacy Study (PIRLS) and the new ePIRLS. This assessment is administered every five years to fourth-graders in participating countries around the world. PIRLS assesses student performance in reading literacy, while ePIRLS, administered for the first time in 2016, measures students’ approaches to informational reading in an online environment.

The overall PIRLS average reading score for fourth-graders in the United States was  549 out 1000 possible points, ranking 15th out of the 58 countries participating. The U.S. average score declined from the last time PIRLS was administered in 2011 (556), but remained higher than the international centerpoint (500). About 1 in 5 (16%) U.S. fourth-graders hit the “advanced” benchmark (a score of 625 or higher) on the PIRLS scale, and over half (53%) scored at or above the “high” benchmark (550).  Female students in the U.S. scored higher on average than males (553 vs. 545). Students attending public schools with more than 75% of students eligible for free or reduced-price lunch scored lower on average (516) than the U.S. overall average reading score.

Sixteen countries participated in the first ePIRLS assessment. Fourth-graders in the U.S. ranked 6th out of the participating school systems, with an average score of 557 out of 1000 on the online informational reading scale. Student scores were distributed similarly to the original PIRLS assessment – about 1 in 5 (18%) U.S. fourth-graders hit the “advanced” benchmark, and over half (56%) hit the “high” benchmark. Like with PIRLS, female students in the U.S. scored higher on average than male students (560 vs. 554), while students at schools with more students qualifying for free or reduced-price lunches scored lower than average (527).

For more information about how fourth-graders in the U.S. stack up to those in other countries in literacy, the full report can be found here