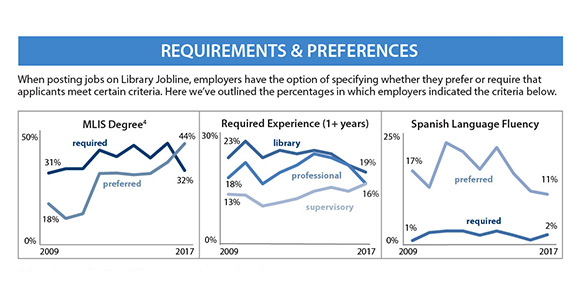 Subscriptions to Library Jobline continued to grow, adding 407 new jobseekers and 128 new employers in 2017. This led to almost 960,000 emails with job opportunities sent to job seekers – edging closer to one million!

Are you hiring at your library? In the library job market yourself? Sign up for Library Jobline as an employer or jobseeker. Jobseekers can specify what jobs they’re interested in and get emails sent straight to their inbox whenever new posts meet their criteria. Employers can also reach more than 5,000 jobseekers and more than 1,000 followers on Twitter @libraryjobline.