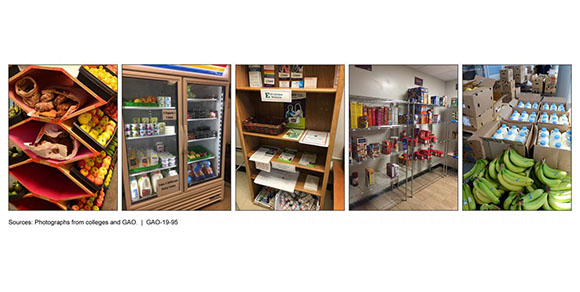 The report authors also identified risk factors that are commonly associated with food insecurity and analyzed NPSAS data to determine how common those risk factors are among undergraduate students. The seven risk factors identified are:

Having a low income was the most common risk factor and affected about 2 in 5 (39%) undergraduates. Three-quarters (75%) of low-income students also experienced additional risk factors – of the low-income students, about a third (31%) are first-generation college students, a third (31%) receive SNAP benefits, and a quarter (25%) are single parents. Risk factors were more prevalent among students attending two-year institutions than their counterparts attending 4-year institutions. The number of college students experiencing one or more risk factors has increased (from 28% to 39%) since 1996, meaning that more students are at risk of being food insecure.

Academic libraries, like public libraries, are well-positioned to help address food insecurity among college students. They can distribute information clarifying which students are eligible for SNAP (which can often be confusing), create library guides pointing students to research and resources, and set up displays with information about food resources on campus.