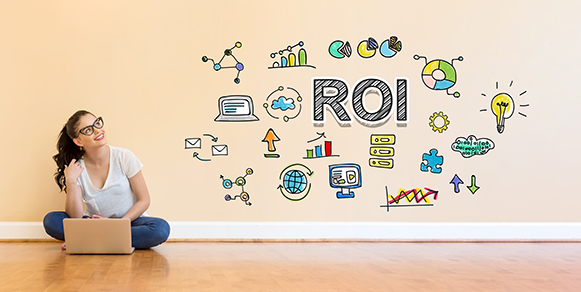 We can all agree that libraries are valuable to our communities, but exactly how much are they worth? Libraries are under increasing pressure to translate qualitative services into quantifiable impact. One approach is to determine the Return on Investment (ROI) a library provides to community members. Doing so communicates the value of public libraries in terms of dollars and cents.

Traditionally a business metric, ROI measures a business’s profitability. Simply put, it compares costs to profits and expresses it as a ratio or percentage. For a public institution like a library, ROI demonstrates how much “value” is realized by the community for each dollar spent on services and materials. This includes:

Two approaches are commonly used to calculate a library’s ROI: contingent valuation or market valuation, both of which have their strengths and weaknesses. Contingent valuation bases dollar values on subjective perceptions of responding library users. However, within those subjective perceptions, patrons may include a more holistic experience that takes into account the value of having various needs being met in one place. This method acknowledges that the value of a library is likely greater than the sum of the value of its individual resources and services. In contrast, market valuation bases dollar values on objective, “real world” values such as the use of electronic resources, material and book circulation, program attendance, reference services, and meeting room use. Perhaps the greatest advantage of this approach is that it can be pursued using readily available data, as opposed to contingent valuation that relies on patron surveys and interviews.

A meta-analysis of findings from 38 previous library ROI studies found that, on average, the return value for public libraries is 4 to 5 times the amount invested. A study conducted by Library Research Service in 2009 found similar results in Colorado using a contingent valuation methodology. Although valuation findings should not necessarily be extrapolated out to a state or national level, overall they can—and do—show decision makers, patrons, and the public that libraries are a wise investment.